This past weekend, the Senate approved a $1.1 trillion funding bill that will keep the government funded through the end of Sept. 2015 (excluding the Department of Homeland Security, which is funded until Feb. 2015). While the spending package passed on razor-thin margins in the House of Representatives last week, the Senate passed the measure 56-to-40. However, in what is becoming a dangerously common practice, Congress waited until the last minute to pass a government funding package.

In addition to government funding, the $1.1 trillion bill also included numerous “riders” that will become public law once the 1,603 page bill is signed by President Obama, who has indicated he will do so. Because of the high level of dysfunction in Congress, legislators have begun a tactic of governing by appropriations. More simply, members of Congress know that appropriations bills that fund the federal government are considered must-pass pieces of legislation. So when negotiators are hammering out government funding levels, there are back-room deals being made on what are often controversial and unrelated policy matters – many of which have not been subject to a congressional hearing, floor debate or a vote in Congress. Rather, these riders are quietly slipped into spending bills and signed into law without being subject to the normal legislative process.

Some examples of policy riders that were slipped into the spending bill passed in the Senate this weekend include a system to cut current retiree benefits of those collecting from private pension systems, a weakening of Wall Street regulations, and reduced campaign finance oversight that allowing wealthy couples to donate nearly three times the current legal limit. These riders, plus many others were all a part of the 1,603-page spending bill.

Overall, the bill flat-funds the federal government, but the impact will be harsher than it appears. This will be the fifth year in a row of austerity budgeting. While most annually-funded domestic programs were either level-funded or cut, defense spending was increased by $3.3 billion. Additionally, the bill allowed for a one percent pay adjustment for federal employees to go into effect in 2015.

“Federal employees are tired of Congress governing from one artificial crisis to the next,” said NFFE National President William R. Dougan. “This dangerous trend allows members of Congress to pass some very bad policies without being held accountable for it. Congress will allow the cutting of retiree pensions, but hide behind a vote to simply keep government from being shutdown. This process is dishonest and amounts to failed leadership. The American people deserve better than this.” 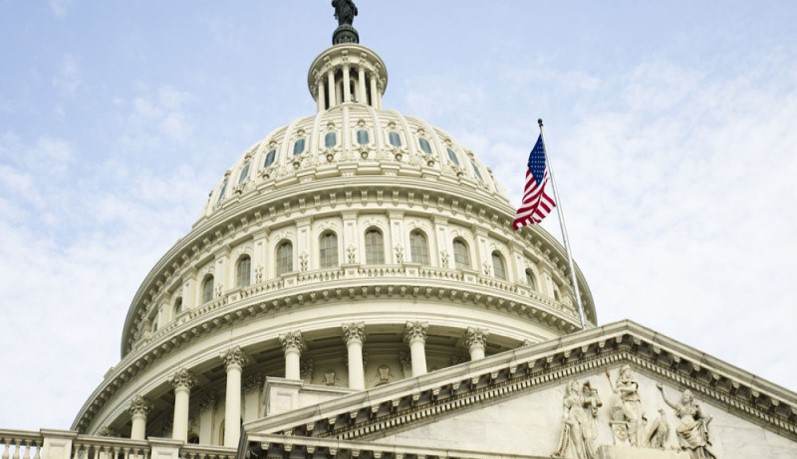 All told, the government spending bill was $1.1 trillion and 1,603 pages