After relentless pressure from Defense employees and their union representatives, Defense Secretary Chuck Hagel announced yesterday that the Department will cancel five scheduled furlough days effective immediately. The announcement marks a major victory for Defense employees who have stepped up the pressure on lawmakers and Defense leadership to do something about the ruinous furloughs.

With the help of their unions and union coalitions like the Federal Workers Alliance, employees buried Capitol Hill in letters, emails, and phone calls in the weeks following the commencement of furloughs in July. The outpouring of grassroots advocacy led lawmakers to call for a serious review of the Department’s funding and what can be done to alleviate furloughs.

Now, Defense civilians across the country are seeing their fruits of their labor.

“This is the perfect demonstration of what’s possible when workers come together as union brothers and sisters and work together to fight injustice,” said NFFE National President William R. Dougan. “Thanks to everyone across this union who poured countless hours into fighting this fight. We did not eliminate furloughs outright, but there is so much to be proud of. Now we can focus on righting this wrong and securing the back pay these workers deserve.”

Since furloughs began July 8th, 650,000 Defense employees have already taken four mandatory furlough days, meaning there will be just two more between now and the close of the fiscal year in September. According to a memo released by DoD at the time of the announcement, most employees will have satisfied their furlough requirement by August 17th. For the NFFE Locals who worked so hard to make this happen, the joy is palpable.

“Without your voices joined with ours, I am convinced that the furloughs would not have been cut short,” said NFFE Local 1442 President Deborah Witherspoon in a message to members. “A Union is about people standing up for what is right in a unified effort, and using their rights to lobby, freedom of speech, file grievances and appeals, to show the light of day on issues that are unjust.” 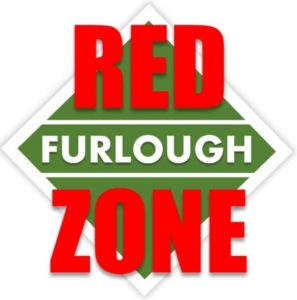