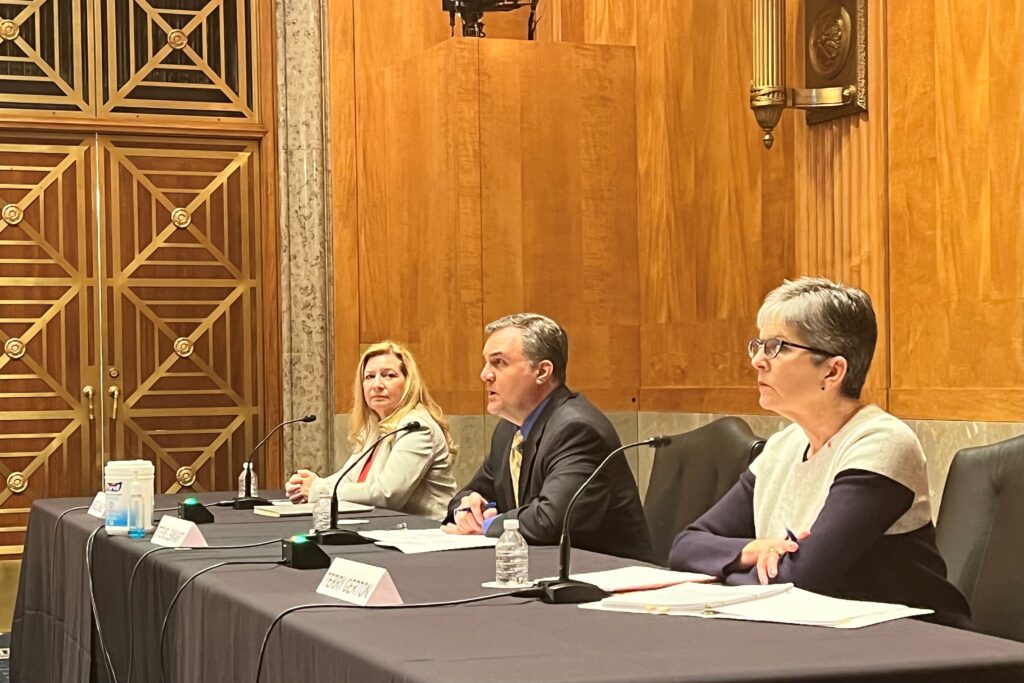 Last week, during NFFE Executive Director Steve Lenkart’s testimony before the Senate Homeland Security and Governmental Affairs Committee, Government Operations Subcommittee Chairman Sen. Kyrsten Sinema (D-AZ) recognized the union for its work in advocating for federal wildland firefighters. Although the hearing was focused on Chief Human Capital Officers (CHCOs) and Merit Systems Principles, the Senator took the opportunity to ask how CHCOs can use existing laws to improve the lives of wildland firefighters.

In her question to Mr. Lenkart, Sen. Sinema stated, “Your Union, the National Federation of Federal Employees, represents many of the wildland firefighter heroes at both Department of Interior and Department of Agriculture. The Union has partnered with the agencies to try to make firefighting safer and pay an appropriate and fair salary. As Congress is currently reviewing several different proposed bills, it appears much can be resolved within existing laws. If CHCOs had more authority to make changes within existing laws, what would be the day-to-day impact on firefighters in my state of Arizona and across the nation?”

NFFE Executive Director Lenkart responded, “Allowing [CHCOs] to move ahead with some of the things they know are within the law and supported by merit principles, I think they need the flexibility to go ahead and do those things. Congress can always appropriate or authorize. There is a chance that you could service those wildland firefighters quicker and better, and also answer things like market pay and so forth – things that we are struggling with to keep firefighters within the federal service without losing them to state and local fire services.”

“The second part is the relationship between the CHCO and the agency,” continued Lenkart. “A lot of firefighters that I talk to don’t believe that the CHCOs in their agencies actually have a full understanding of their needs, what the day-to-day job is like – problems with certifications, the financial burden. Sometimes [firefighters] pay for certification training out of pocket because training money doesn’t filter down.”

“Part of this is taking the CHCO staff out of their offices and putting them out in the field with employees,” continued Lenkart. “Stick them with a fire crew in a forest for a couple weeks, stick them with a VA nurse and make some rounds on a floor, have them sit on the border. There is a myriad of things that the government does that they can participate in to better understand the needs of those jobs very specifically. While they are there, talking to people and also taking notes on what that workforce specifically needs, and they can take that back to the CHCO of that agency.”

To view the discussion, play the video at the link below from 1:18:45.