What a Week! Big Wins, Strange Defeats, a Pay Raise, And a Bill to Fund the Government for FY 2020 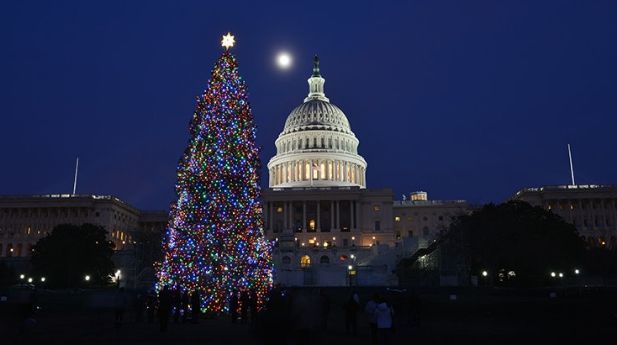 This was one for the record books.  Literally.  While juggling the demands of impeachment, Congress managed to get full-year funding for FY 2020 done and pass the critical 2020 National Defense Authorization Act (NDAA).

NFFE went into overtime over the last few weeks to ensure our members’ interests were protected in the many versions of appropriations and authorization bills, and we fought to keep our congressional goals from getting cut out in conference committees.  The work paid off as we roll into the holiday season with solid victories that include a 3.1% pay increase (2.6% plus .5% locality), no cuts to benefits even though the Trump 2020 budget proposal cut fed benefits to the bone, and a defund of the OPM-GSA merger designed to weaken civil service policy and protections.  We lost a bid to keep the Federal Service Impasses Panel (FSIP) honest but we will fight on another day and have already introduced a bill to do that (S. 3146).

The 2020 NDAA delivered many hard wins and a confusing interpretation of the parental leave provision that provides federal employees with 12 weeks of leave for the birth of a newborn, or for an adopted or new foster child.  The confusion stems from a hastily negotiated bill that weaned off some of NFFE’s original bill language, including making parental leave available for a severely ill family member.  However, the biggest assault came from Sen. Patrick Toomey (R-PA) who knowingly blocked an attempt to fix language taken from Title 5 law that too narrowly defines ‘federal employee.’  As a result of Toomey’s blockade, the final language created a technical gap in the law that some believe killed the parental leave benefit for certain employees, including FAA and some Title 38 professionals at the Veterans Administration, among a few others.  NFFE already met with Senator Brian Schatz (D-HI) to introduce a bill to fix that gap before 12-week parental leave takes effect in October 2020 (see Sen. Schatz’ Senate floor speech here).

Other victories in the NDAA for DoD workers include bonuses for combat zone civilians, full Title 5 protections for Space Force employees (contrary to Trump’s plan), a cost-analysis requirement before civilian to military job conversion, a review of probation period management abuse, restrictions on direct hire authority, rescinding staffing cap levels set in 2017, and no BRAC for FY 2020.  We lost a bid to rescind two-year probation but overall, we gained some important victories during a turbulent and politically divided time.
Become a Member
NFFE Toolbox
Advocacy
Tweets by NFFE_Union