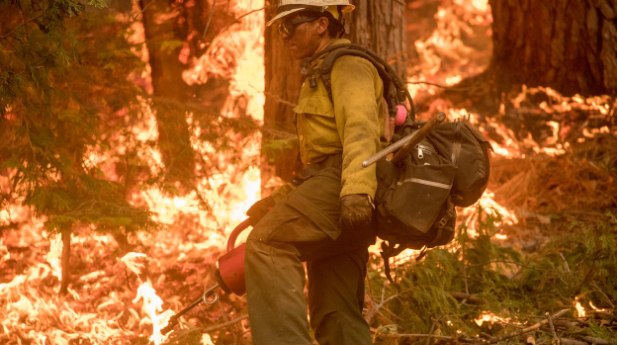 Washington, D.C. – Today, the National Federation of Federal Employees (NFFE) is pleased with the actions taken by the Department of the Interior (DOI) and the Department of Agriculture (USDA), as the agencies announced in a joint press release on Tuesday that they will be implementing President Biden’s pay initiatives for wildland firefighters to guarantee all are paid at least $15 an hour. Around 3,500 federal firefighters at the DOI and over 11,300 firefighters from the USDA will receive the pay increase, which goes into effect immediately with a backpay date of June 30, 2021.

“This is a significant first step to ensuring America’s firefighters are fairly compensated for the hard work and sacrifices they make in bravely serving their country,” said NFFE National President Randy Erwin. “No federal firefighter deserves to be paid less than $15 an hour and we are glad that the federal government is correcting this injustice.”

“However, we agree with the White House that wildland firefighters need more resources to combat the fire crisis, which is being exacerbated by climate change,” continued President Erwin. “Evidenced by the national wildfire preparedness level being raised to the highest possible level in mid-July, NFFE is urging the federal government to provide additional assistance to our heroes fighting these fires, both this year and in the future.”

“We look forward to working with both the White House and Congress in passing the Bipartisan Infrastructure Investment and Jobs Act, which must include additional help for federal firefighters. NFFE is grateful that the bill, if passed, will invest resources to develop a permanent, year-round federal firefighting workforce. This includes raising salaries by $20k or 50% annually, converting temporary employees to permanent status, hiring additional permanent firefighters, improving work schedules, and developing better mental health programs. These items are all necessary to the proper functioning and safety of our wildland firefighter workforce and we are eager to have them approved by Congress.”