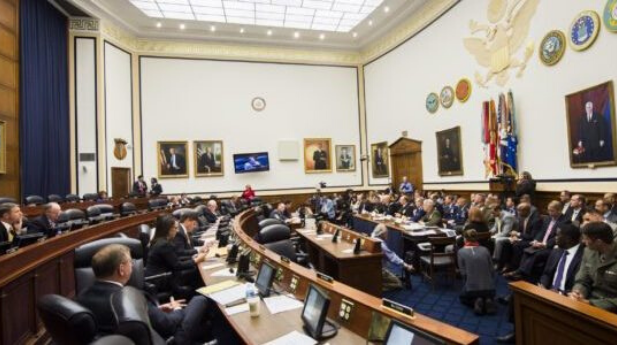 Washington, D.C. – The National Federation of Federal Employees (NFFE) expressed its appreciation to the House Armed Services Committee on its effort to pass the 2021 National Defense Authorization Act (NDAA) out of committee. While the general purpose of the bill is to authorize Department of Defense programs and policies, historically the bill serves also as a policy platform for the rest of government because of its “must-pass” priority designation each year in Congress.

“NFFE worked hard to secure important policy changes in the 2021 NDAA, and I appreciate the committee’s recognition of the brutal year that many federal workers are having during the pandemic, as are so many other Americans,” stated Randy Erwin, NFFE National President.

The 2021 NDAA as passed by the House panel includes a fix to the Federal Employee Parental Leave Act that allows FAA, Title 38, and other workers access to 12 weeks of paid leave as of October 1st. Also, the bill limits the defense secretary’s authority to exclude certain categories of employees from collective bargaining rights based on national security grounds. The bill includes improvements to the government’s Wage Grade pay system by aligning it more closely to the General Services pay system, and a separate provision nullifies all collective bargaining agreements (CBAs) across all agencies that were not mutually and voluntarily agreed to with labor after April 30, 2019.

“These provisions are critical to moving the mission and the workforce forward,” continued Erwin. “Under the Trump administration, it has been one step forward and two back for federal workers and the missions they support. It is a shame how much time, energy, and tax dollars were wasted over the last three years through the Administration’s effort to corrupt mutually beneficial labor-management relationships.”

The bill did not include many provisions requested by the Trump administration including increasing employee contributions to retirement, eliminating cost of living adjustments for FERS retirees, reducing cost of living adjustments for CSRS retirees, changing to ‘high five’ for retirement calculations, eliminating the FERS supplement entirely, and lowering the TSP’s G Fund rate to a meaningless rate of return. The NDAA is scheduled to begin floor debate in the House in July.