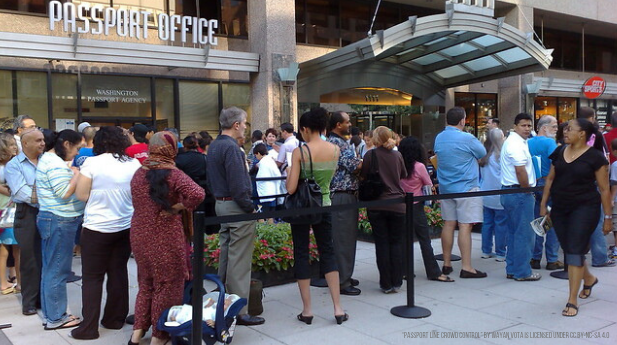 Washington, D.C. – In recent years, the Bureau of Consular Affairs—the agency within the State Department that is responsible for issuing U.S. passports—has become significantly understaffed. Consequently, the amount of time needed to obtain a passport has increased dramatically for the millions of people requesting passports each year.

Internal documents at the Department of State reflect an explosion in the number of passports requested and issued since 2015. Despite a 36% surge in passport demand over the 3-year period, the agency has failed to increase the number of Passport Specialists (the employees who process passport applications) to adequately meet that demand. In fact, the number of Passport Specialists has dropped in the last two years, from 1457 to 1237. As a result, the passport processing times have increased to its longest point since 2007, expanding wait-times for a routine passport from an average of four to six weeks, to an average of six to eight weeks.

“Our agency is woefully understaffed,” said Rob Arnold, president of the National Federation of Federal Employees Local 1998, the union representing the majority of Passport Specialists nationwide. “The agency should be greatly increasing the number of Passport Specialists right now, but for some unknown reason they are not doing so.  Without staff increases, this problem will continue to get worse.  Delays in issuing passports will get longer with each passing year, and many Americans are not going to get passports in time for their international travel.”

The agency processed 15.5 million passports in 2015 with roughly the same number of Passport Specialists on staff today.  That equates to approximately 12.5 thousand passports processed per specialist.  With 18.6 million passport requests expected this year, the State Department needs 200 more specialists to maintain lower processing times. Having an adequate amount of specialists on staff is important to maintaining low processing times, and it is also critical to protecting the integrity of the process itself.  Before issuing a passport, specialists must detect fraud or identity theft, and confirm the citizenship of applicants.  It takes more than a year to train a new specialist within these disciplines.

“This whole mess was avoidable,” continued Arnold.  “State Department leadership refuses to replace departing staff and isn’t giving existing staff much reason to stay.  This is not a budget issue; the Bureau of Consular Affairs is fully fee-funded.  This is a failure of leadership within State Department hierarchy, which means more pain ahead for the traveling American public.”
OFFICIAL PRESS RELEASE
Become a Member
NFFE Toolbox
Advocacy
Tweets by NFFE_Union