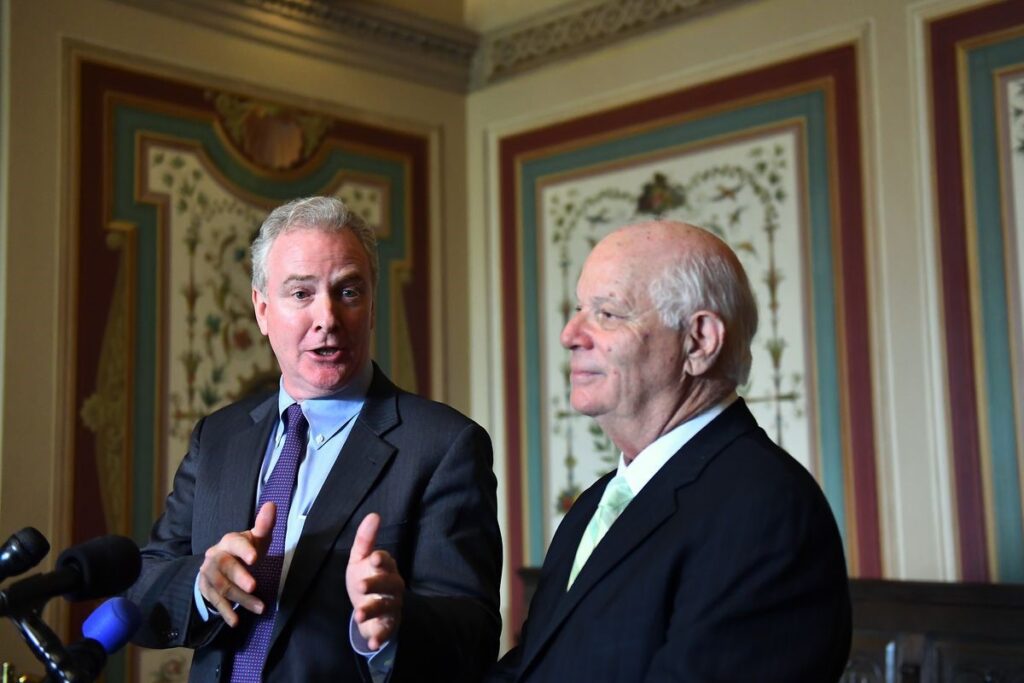 WASHINGTON – Today, U.S. Senators Chris Van Hollen and Ben Cardin, who represent the State of Maryland where over 128,000 federal employees work, introduced a Senate resolution celebrating federal workers and the accomplishments of the National Federation of Federal Employees (NFFE). The 51st NFFE Convention, taking place on October 5, 2020, recognizes 103 years of NFFE members’ vital contributions to the United States through careers in public service.

“Federal employees work day in and day out to provide crucial services to the American people. In the midst of COVID-19 pandemic, they have stepped up by carrying out vital programs that help Americans put food on the table and keep a roof over their heads,” said Senator Van Hollen. “I’m proud to recognize the essential contributions of federal employees and congratulate NFFE on over a century of advocating for their members. I will continue fighting alongside them to protect the merit-based civil service system from politically motivated attacks.”

“Thank you to all the NFFE members who work hard day after day on behalf of the American people. I’m especially proud of those who are working at Aberdeen Proving Grounds, and at the Army Corps of Engineers in Baltimore,” said Senator Cardin. “For more than 100 years, the dedication and accomplishments of NFFE members have shown the American people how important it is to have a fair, effective, and efficient workforce on their side. I appreciate all that you do as federal employees and I will continue to stand with NFFE.”

“NFFE and other federal labor organizations provide an independent voice for rank-and-file civil servants. Federal unions promote transparency, accountability, and honesty at all levels of government. We also fight against discrimination, and fight for ascending career paths in government service,” said Randy Erwin, National President of NFFE. “It is an honor for NFFE to have Senators Van Hollen and Cardin introduce a resolution celebrating our 51st convention and 103rd year of promoting the federal workforce.”

Founded in 1917, NFFE was the first union in the United States to exclusively represent civil service federal employees. They currently represent over 110,000 federal workers.

The full text of the resolution is available here and below.

In the Senate of the United States

Mr. Van Hollen (for himself and Mr. Cardin)

Whereas the National Federation of Federal Employees (referred to in this preamble as the ‘‘NFFE’’) was created in 1917 as the first union in the United States to exclusively represent civil service Federal employees;

Whereas the NFFE preserves, promotes, and improves the rights and working conditions of Federal employees and other professionals through all lawful means, including collective bargaining, legislative activities, and contributing to civic and charitable organizations;

Whereas the contributions of the NFFE are noted in history through a century of achievements for the Federal labor movement, including numerous reforms to workforce policies and working conditions;

Whereas, through a partnership with the International Association of Machinists and Aerospace Workers and the American Federation of Labor and Congress of Industrial Organizations, the NFFE promotes better working conditions and an improved quality of life for working families across the United States;

Whereas the NFFE represents more than 110,000 Federal employees; and

Whereas the NFFE continues to ensure that the voices of Federal civil servants are properly represented: Now, therefore, be it resolved, That the Senate—

(1) congratulates and honors the National Federation of Federal Employees on the celebration of its 51st Convention; and