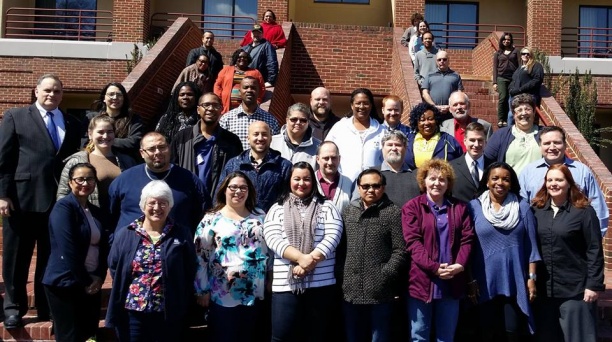 NFFE members of FL 1998 have reason to celebrate this week, as the Union successfully negotiated a grievance settlement regarding performance awards issued by the Agency in 2015 and 2016. Local 1998 has aggressively pushed for more equity in the awards issued by the Passport Agency in recent years. The union again grieved the awards distribution in 2015. On the doorstep of yet another arbitration, the parties agreed to a settlement that remedies inequity in 2015 and 2016, and provides a fair system going forward.

Because the agency did not meet this criteria in 2015 and 2016, the Agency agreed to pay about $110K in backpay to NFFE bargaining unit employees. In a novel arrangement, the union will decide on the formula for distributing the back pay. NFFE 1998 plans to give some money to those who received awards, and a significant amount to those who were eligible for awards but did not receive one.

“There were a lot of Union officers around the country burning the midnight oil to make this settlement possible,” stated Rob Arnold, FL 1998 President.  “We’ve always maintained that the employees who make up most the workforce should receive a corresponding share of the awards.”  Arnold continued, “We appreciate all of our members who made it possible to elevate these complaints to a hearing when necessary, and we appreciate the Agency’s collaboration and contributions to these agreements.”

This settlement illustrates the value of NFFE membership with aggressive action by FL1998 resulting in increased fairness (and more money!) for those we represent. Congrats FL 1998!