Call Your Congressional Rep. to Oppose HR 1259 – A Bill to Gut Due Process at VA

This week, the House of Representatives will consider a bill by Rep. Phil Roe (R-TN) H.R. 1259, the inappropriately titled “VA Accountability First Act of 2017,” the latest bill to target dedicated VA doctors, nurses, and other rank-and-file employees. Under the pretense of wanting to make it easier to fire poorly performing employees, this bill is little more than an attempt to obscure transparency surrounding operations and workforce actions at the VA. The bill reduces the level of evidence required for an adverse action by granting the VA Secretary full authority to demote or fire upon his or her discretion, lighting the runway for politically corrupt and bad managers to demote or fine anyone they target. Yet the bill notably excepts VA political appointees from his new accountability authority. This means his so-called accountability only applies to career staff, and not the chief political administrators of the department. If enacted, this bill would instill a fear of retaliation from supervisors and political staff among our dedicated VA workforce. Roe’s bill aims to silence talented and dedicated VA employees, and our veterans will suffer because of it.

NFFE strongly opposes this bill and is working to keep it from becoming enacted into law. Points you need to know:

About the VA Accountability First Act and the MSPB:

Roe and anyone else who votes for this bill are not interested in full transparency or legitimate due process at the VA. Call the Congress switchboard today at 202-224-3121 and tell the operator you want to speak to your representative. Tell them to immediately stop this unfair attack on dedicated VA employees. 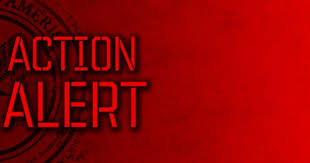