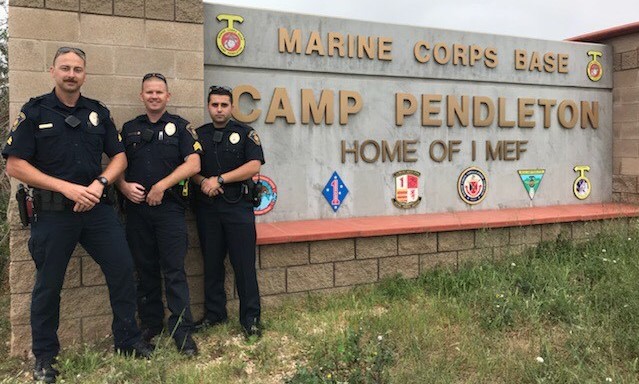 An administrative error discovered in 2017 indicted that DoD police officers at Camp Pendleton, California were mistakenly paid at a higher area pay rate for ten years.  The fall out resulted in a 20% pay decrease for the entire department and—to add insult to injury—a bill to each officer for backpay as high as $54,000 for some of the most senior officers.

Luckily, these officers are members of NFFE Local 919.  NFFE national and Local leadership sprang into action.  Immediately after the back pay and salary cut notices arrived from DoD, NFFE engaged with the Defense Finance and Accounting Service (DFAS) and DoD, demanding that the department return to its former (and higher) pay area based on San Diego City rates instead of San Diego County.  Camp Pendleton resides on the boundaries of both pay areas.

Already one of the lowest paid police departments in the area, for Camp Pendleton police officers the change to the lower pay rate would have devastated recruitment and retention, already a growing problem under the higher pay rate.  Most importantly, it would have created an unusually harsh financial burden on the officers, many live paycheck to paycheck.  After a forceful appeal to Defense Secretary Mattis and DFAS, in April 2017 the officers were reinstated to the higher pay rate, bring welcomed relief.

Now, the second part of the fight, the struggle to get the backpay forgiven, still endures.  In March, the officers received a notice from DFAS stating that their pay would be garnished starting June 1.  NFFE throttled up its game, appealing to local media and U.S. Representatives in the area, and again to Secretary Mattis.  Recently, NFFE’s aggressive stance generated support from Camp Pendleton command, who stated they will endorse the waivers needed to cancel the officers’ pay debt.

While NFFE awaits a final decision on the pay debt waivers, national staff and Local leadership continue to work together to ensure the officers are not saddled with a debt they did not cause and cannot pay.  See the NFFE letter to Sec Mattis here, and a letter from Reps. Issa, Walter and Hunter here.