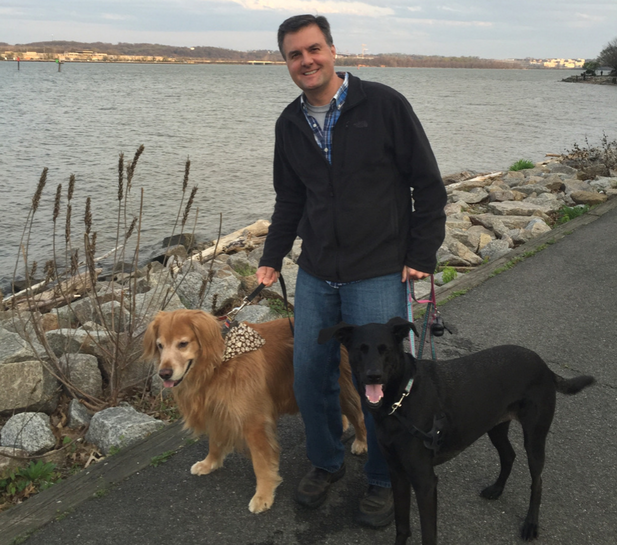 To continue our series introducing NFFE’s National Office staff, we are excited to acquaint our members with Executive Director, Steve Lenkart.

Lenkart came to NFFE in November of 2016 with an impressive resume that clearly demonstrated his commitment to public service and federal employee advocacy. Utilizing his diverse experience on Capitol Hill and within the Labor Movement, Lenkart currently manages our union’s legislative affairs as well as national and local media, NFFE’s website, and other communications.

Since arriving in Washington, D.C. in 2001, Lenkart has served as a federal employee, House committee staff member, Deputy Legislative Director for the Service Employees International Union (SEIU), and the Legislative Director for the National Association of Government Employees (NAGE). From 2001 to 2006, as chief lobbyist for NAGE, he worked alongside NFFE in a hard-fought effort to repeal the National Security Personal System (NSPS).

From 2006 to 2013, Lenkart held senior leadership appointments under Democratic and Republican presidential administrations, developing strong bipartisan relationships within the U.S. Congress.  As the Executive Director of the U.S. Merit Systems Protection Board (MSPB) he worked to enforce merit system laws and best practices for over two million federal employees.

With decades of experience making sure federal employees have a place at the table, Lenkart makes it his priority to create space for their issues at the highest levels of government.

He remarked, “For the last 17 of my 30 years in and around government, I’ve promoted and protected federal employees through my work in the Executive Branch, the Legislative Branch, and as a professional advocate on behalf of federal labor and professional associations.  My number one mission is to make sure we are dominant at the big table, protecting the workforce and the financial security of federal families.”