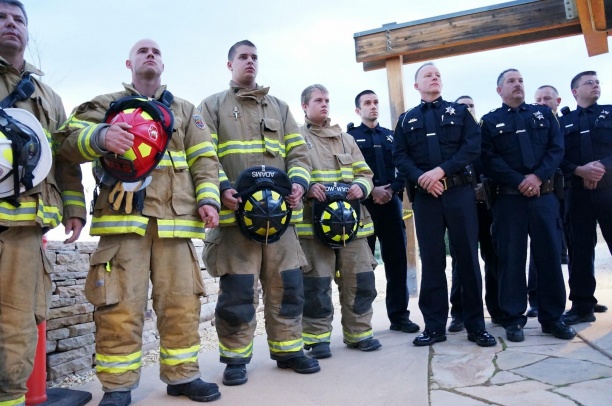 Today, the National Federation of Federal Employees is pleased to announce that Rep. Gerald E. Connolly (D-VA), Rep. Peter King (R-NY), and Rep. Jim Langevin (D-RI) introduced the First Responders Fair RETIRE Act (H.R. 3303) in the U.S. House of Representatives. NFFE Forest Service Council members and staff worked diligently since the start of this Congress to get the bill introduced in the House, seeking original sponsors to the bill from both parties to increase the odds of success for future passage into law. This bill is a companion to the Senate version of the Fair RETIRE Act (S. 29) that was introduced earlier this year; another product of the NFFE Forest Service Council’s hard work.

“When one of our members brought this issue to our Council, we immediately saw the injustice that was being done to these hard-working, injured federal workers,” stated Lisa Wolfe, NFFE Forest Service Council Legislative Committee Chair.  “Thank you to Congressmen Connolly, King and Langevin, and Senators Tester and Collins, for acting to fix this broken promise to our federal first responders.  As we progress into the fire and field season of 2018, we will work to further these bills so they can be enacted into law as soon as possible to protect our current workforce.”

If passed, this bill will correct a technical flaw in the law that leaves federal law enforcement officers and firefighters, who are injured on the job and subsequently transferred to a non “6c” position, ineligible to remain under their original “6c” retirement status. The Fair RETIRE Act addresses these inequalities by allowing an ill/injured employee to stay in the “6c” retirement system or receive a refund of their accelerated contributions should they be separated from service before entitled to an annuity.

“Federal firefighters and law enforcement officers work in dangerous conditions, putting their lives on the line for Americans every single day,” stated NFFE National President Randy Erwin. “These brave men and women accept the challenge of protecting others, and in return are faced with the very real potential that an on-the-job injury could leave them disabled and unable to return to their regular jobs.”

“Tragically,” Erwin continued, “because of a technical flaw in the law, many injured first responders lose their eligibility for special retirement and they also lose their accelerated retirement contributions. For the injured first responder, this terrible flaw literally adds insult to injury. We thank our bipartisan sponsors in the House and Senate for their courage to address this injustice, and we look forward to advancing the bills into law.”