Guidance on the Trump Payroll Tax Loan and Repayment: What you need to know! 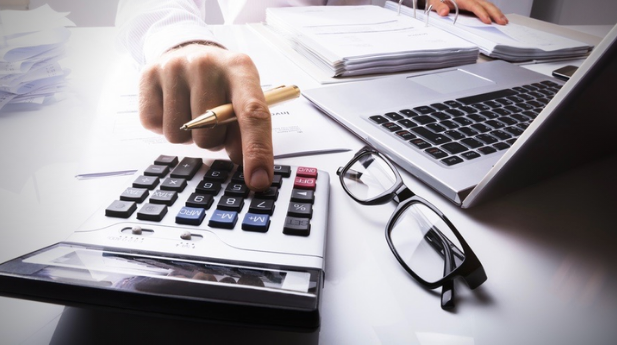 In August 2020, President Trump issued a “Memorandum on Deferring Payroll Tax Obligations in Light of the Ongoing COVID-19 Disaster”. While mostly rejected by the private sector, President Trump has decided to make certain employees within the federal workforce the “lab rats” to run this experiment on.

Without consultation of the congress or stakeholder groups including federal unions, the Trump Administration unilaterally ordered agencies to stop withholding payroll taxes immediately. Federal agencies will continue to make the full payroll tax payments to the Treasury as required by law, however agencies will then recover the cost of paying both the employer (6%) and employee (6%) portions of the payroll tax (i.e., Social Security) in January of 2021.

There is no way to opt-out of this so-called program. The Trump Administration has prohibited opting out. This is not a pay increase. This is a forced loan that you will pay back next year.

What NFFE is doing:

Read on for more information on the plan and how it may affect you as a NFFE-IAM member.

What has President Trump Decreed?

President Trump’s Tax Memo relates to the national emergency declared by President Trump regarding the ongoing COVID-19 pandemic. The President has issued a scheme in which employers may temporarily defer payroll tax contributions by their employees (“payroll tax deferment”). The choice to participate in the scheme is that of the employer, not the employee.

Which Taxes are Affected?

Usually the burden of the payroll tax is split 50/50 between the employer and the employee. The employee’s share is paid via tax withheld from their paycheck, due each year on April 30th (or whenever the individual income tax filing date is in any given year).

What Does the Tax Deferment Really Mean?

Employers, like the federal government, participating in Trump’s payroll tax deferment scheme will stop withholding some taxes from qualified employees’ paychecks from now until the end of calendar year 2020. This results in a bump in the take-home pay for those employees – but does not obviate the payroll tax obligation. Meaning, you’re getting the money in your bank account now, but you still owe it to the government come tax season!

Therefore, beginning January 1, 2021, employers must then withhold twice as much payroll tax from the employees’ paycheck to pay the delayed taxes.

Who Does this Affect?

Qualified employees are those earning less than $4,000 bi-weekly (pre-tax) through the end of the year. Right now it appears to only affect qualified federal employees who work for an agency that processes its payroll through the National Finance Center (NFC). It is unclear if qualified employees who have payroll processed via another means (for instance by Defense Finance and Accounting Service, the Department of Interior National Business Center, and the General Services Administration National Payroll Branch) will be impacted. It is further unclear whether active duty military personnel will be affected.

I’m Getting More Money, Why Isn’t That a Good Thing?
According to IRS guidance issued by Trump’s decree, employers would be liable for the payroll taxes due on April 30 if workers can’t or don’t pay them back. It is unclear what, if any, recourse employers would have if an employee leaves their job after receiving a payroll tax deferment but before paying it back. The federal government may utilize its vast and varied resources to get repayment on that amount. For employees still on the job in 2021, they can expect a double deduction of payroll taxes in January.

NFFE-IAM members, leadership and staff are deeply concerned about the whiplash effect this program will have on federal employees who will see a rise in pay for the later months of 2020, and then a deduction of pay in the same amount beginning in January 2021. The NFFE Legal Department has on its own, and in response to numerous requests from members and leadership, analyzed the potential that legal action could stop this harm from affecting our members. At this point, there is no such route that is viable. One of the major issues is that legal authority to suspend collection of the payroll tax is permitted by 26 U.S. Code § 7508A: “Authority to postpone certain deadlines by reason of Presidentially declared disaster or terroristic or military actions.”

As of now, we have not identified a viable cause of action that could be used to file a lawsuit against the President or Secretary of the Treasury. Nor is it clear that any lawsuit will meet the legal requirements of standing, irreparable harm, or administrative exhaustion.

We are continuing to research and are brainstorming with our FWA and EO co-plaintiff union partners.

What Can We Do?

Affected employees should note how much payroll tax they normally pay and begin to save that amount with each pay period. The bill will come due in January 2021, right after the holidays. At that point agencies may begin “doubling down” on the payroll tax to make up for the taxes which were deferred in Fall 2020. The best action an individual can take is to SAVE THAT MONEY AND KEEP IT SOMEWHERE SAFE BECAUSE YOU WILL PAY IT BACK STARTING JANUARY.

Local unions and councils should investigate demanding negotiations substantively and with respect to impact and implementation. Contact your local’s business representative for more guidance.