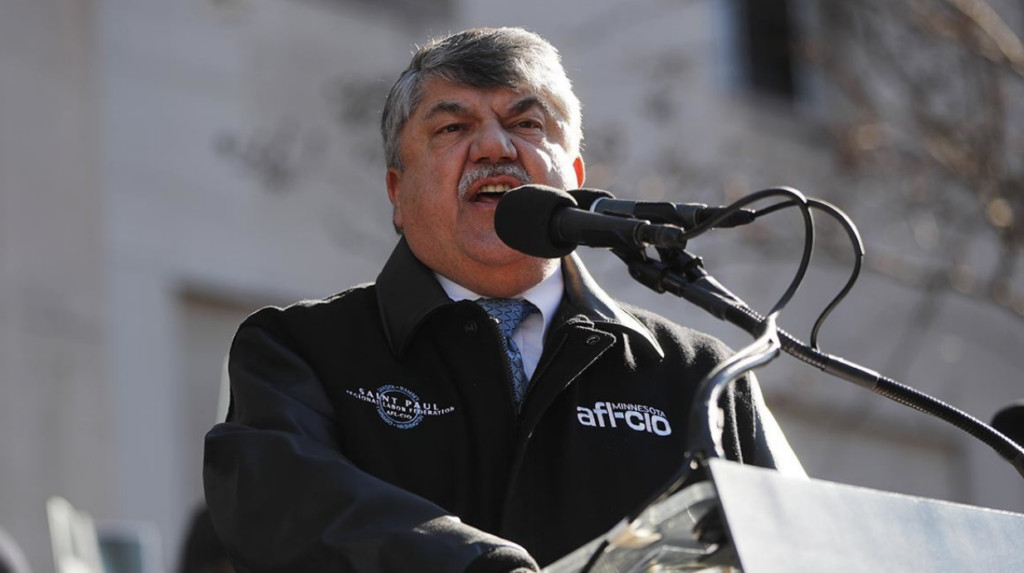 Today, the National Federation of Federal Employees (NFFE) joins the labor community in mourning the loss of AFL-CIO President Richard Trumka, who passed away this morning from a heart attack at age 72. Trumka will be dearly missed by the 56 unions and 12.5 million members of the AFL-CIO.

Rich Trumka was a labor titan who devoted his life to the working men and women of America. In 1982, at just 33 years old, Trumka was elected as president of the United Mine Workers of America, its youngest president ever. At UMWA, Trumka led one of the most successful strikes in American history as over 2,000 workers at the Pittston Coal Company walked out of the mines and went on strike for over 10 months. Eventually, a settlement was agreed upon and the miners were provided their health and retirement benefits that had been revoked.

In 1995, Trumka was elected as secretary-treasurer of the AFL-CIO, a position which he held until 2009 when he was elected president. As a leader in the AFL-CIO, Trumka consistently supported the federal workforce in its most important fights. In particular, NFFE is grateful for Trumka’s leadership in helping repeal the National Security Personnel System (NSPS), a flawed scheme which sought to eliminate collective bargaining and constricted civilian pay under the guise of pay-for-performance.

In 2019, Trumka was at the forefront of reopening the federal government after a lockout which lasted 35 days, the longest in U.S. history. During the shutdown, Trumka was a keynote speaker at a rally in Washington, DC organized by NFFE in which he proudly declared, “We serve America. We build the roads, bake the bread, and lift the loads. We stand tall. We don’t run and hide. We wake our country up every single day. We tuck her into bed at night. We are the American labor movement, and we will not be denied!”

Rich Trumka will be long remembered for his fierce devotion to the working people of America. His prowess and dedication to the labor movement will be difficult to replicate. Today, the labor community celebrates the life of one of the strongest labor leaders this country has ever seen. Tomorrow, we will fight in his honor to bring dignity to working families across America.