Sequestration or Shutdown: A Lose-Lose for Federal Employees

With less than two weeks remaining before the Dec. 13 deadline, the Congressional Budget Conference faces mounting pressure to reach an agreement to keep the government funded beyond Jan. 15. If a grand bargain is not struck and Congress resorts to passing yet another Continuing Resolution (CR), a second round of sequestration cuts will take effect.

While House Speaker John Boehner has expressed his hopes for a grand bargain, he has also signaled that the House will bring another short-term CR to the floor if budget talks decline. House aides are less optimistic, with many predicting that House Budget Committee Chairman Paul Ryan and Senate Budget Committee Chairwoman Patty Murray will fail to reach a budget agreement.

With the Dec. 13 deadline approaching and no clear deal in sight, political ramifications of a CR are still unknown. Failing to reach a grand bargain would result in automatic defense budget cuts and further cuts to social services. Federal agencies will have less budget flexibility than they did in 2013 to mitigate the impact of cuts on daily operations, according to a new report.

The Center for American Progress (CAP), the think tank that conducted the study, said that many of the tactics federal agencies used to reduce the effects of the sequestration in 2013 are, in many cases, no longer viable options. While every major federal agency reduced its respective furlough projections in 2013, the same reduction will likely be impossible in 2014, according to the report.

“In some cases, agencies minimized their sequester cuts using budget gimmicks, but those gimmicks only work once,” wrote Harry Stein, CAP’s associate director for fiscal policy. “In other cases, agencies drained their reserve and investment accounts to sustain urgent needs, but those accounts need to be replenished later.”

Without the budget flexibility federal agencies enjoyed in 2013, federal employees are exposed to greater furlough risks in 2014. Atop of the budget constraints, overall sequestration cuts are scheduled to be $24 billion greater in 2014.

It is federal employees that have the most to lose from a failed grand bargain. With continued sequestration cuts, agencies will be forced extend furloughs and reduce their workforce. After being dragged through the mud in a historic government shutdown less than two months ago, federal employees once again face uncertainty in their employment.

“The insistence of Congress to put the American people at risk is staggering,” said NFFE National President, William R. Dougan. “The federal workforce protects our food, fights wildfires and defends our borders. Continued cuts to these agencies are weakening the protections Americans have become accustomed to.” 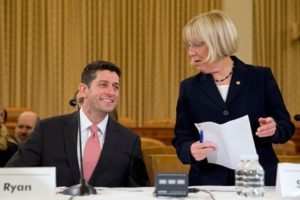