Tell Congress: No Shutdown! Do your job! 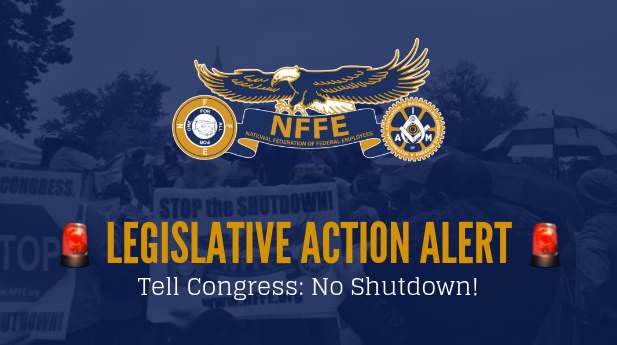 Federal employees are on the menu again as political posturing overtakes good governing.  The latest battle between the White House and both parties in Congress may lead to a partial government shutdown on Saturday, December 21, if no funding resolution is passed and signed into law.  Departments and agencies affected by the partial shutdown include DOT, HUD, USDA, Interior, State, Treasury, Commerce, Homeland Security and Justice, as well as other independent agencies.

Since 2011, federal workers have sacrificed upwards of $200 billion toward deficit reduction, mostly through years of pay freezes and pension cuts. Government employees have also experienced furlough days and job insecurity in recent years—under constant threat of shutdowns and sequestration—including the 2013 government shutdown that cost taxpayers more than $24 billion.  Despite these huge sacrifices, hundreds of thousands of federal workers are, once again, facing furloughs due to no fault of their own. To add insult to injury, the current threat comes during the holiday season.


Tell Congress to do their job!

Call the Capitol switchboard at (202) 224-3121 and ask for your Representative and Senators today.