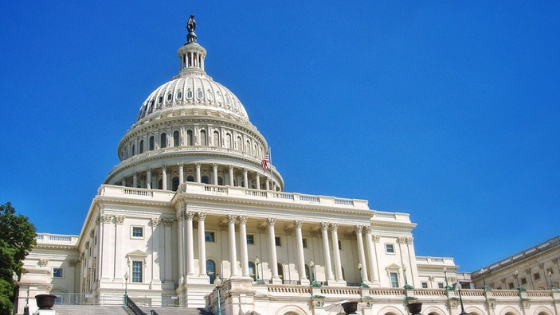 Washington, D.C. – Today, the National Federation of Federal Employees (NFFE) praised the passing of the National Defense Authorization Act (NDAA) for fiscal year 2022. The NDAA passed in the U.S. House of Representatives on Thursday, and now NFFE looks to the Senate to do the same. The NDAA is an important annual legislative opportunity to deliver much needed resources to federal civil servants across the country.

Included in the House version of the NDAA are significant provisions affecting federal firefighters, including the beleaguered wildland firefighters, by allowing budget-neutral shifts trades across multiple pay periods to facilitate a better work-life balance. The bill also requires the Secretary of Defense to continue the FireGuard program for at least the next five years, allowing the National Guard to assist in detecting and monitoring wildfires.

The NDAA promotes civilian pay equity by ensuring that locality pay for General Schedule and Federal Wage System employees is calculated using the same system, and also requires the Director of OPM to conduct an assessment and consider increases to the remote site pay allowance. Other aspects of the NDAA which NFFE supported are maintaining the A-76 moratorium, ending the unfair practices within the Accelerated Promotion Program (APP), and protecting workers receiving Special Salary Rate (SSR) in Non-Foreign areas.

“NFFE is pleased with the NDAA legislation that has passed in the House and extends its gratitude to Chairman Adam Smith and the House Armed Services Committee for their leadership,” said NFFE National President Randy Erwin. “The bill promotes the federal workforce and allocates resources to help them fulfill their missions. We look forward to working with the Senate to ensure that the NDAA passes quickly to provide this critical support for the country.”