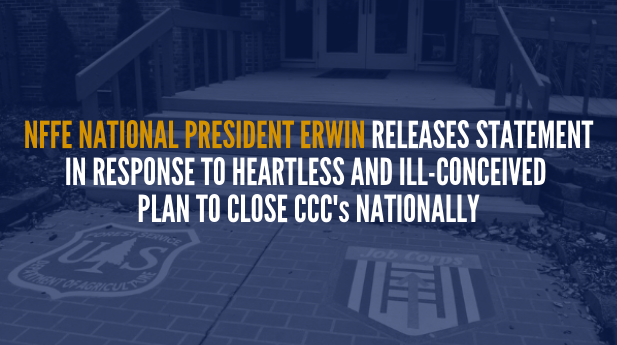 Washington, D.C. – The Department of Labor (DOL) announced today that it is closing the 25 Job Corps Civilian Conservation Centers (CCCs) that operate within the U.S. Forest Service at the Department of Agriculture (USDA).  DOL released a statement in coordination with USDA stating that some centers will close entirely, and others will “transfer” to DOL with their futures unsure.

“Labor Secretary Acosta and Agriculture Secretary Perdue have teamed up to usurp Congress by acting without the proper authority or an intelligent strategy with the hope of closing these centers before the Congress can act.  Unfortunately for both Secretaries, they’ve been duped by their own people.

“In 2013, the DOL inspector general published a report accusing DOL of mismanagement and funding anti-deficiency (malfeasance).  Since then, the U.S. Forest Service (under USDA) took matters into their own hands and dramatically improved program performance and student participation at the CCC’s.  More than 4000 students rely on these services, and center directors are always ready to take on more students.  Sadly, today, Secretary Perdue took the coward’s way out and abandoned his own program instead of supporting the mission given to him by Congress and his Department since 1933.

“The Job Corps program in general receives a lot of bipartisan support in Congress, and that support certainly includes the centers operated by USDA.  Eighty percent of CCC students who graduate go on to get a job, enter the military, or attend continuing education.  Plus, only the CCC’s train students to serve as wildland forest firefighters to help with fire suppression operations during fire season.  There is no plan for this loss of resources to the country which has seen more powerful fires with each passing year.

“The statement released by DOL today represents government at its worst.  This is a politically motivated attack that oddly enough, offends both Democrats and Republicans in Congress and in communities across the country.  This is a coordinated attack on the most vulnerable populations in the country: Rural and urban low-income young people hoping to succeed in life.  As amazing as it is, this is definitely a new low for the Trump administration.”