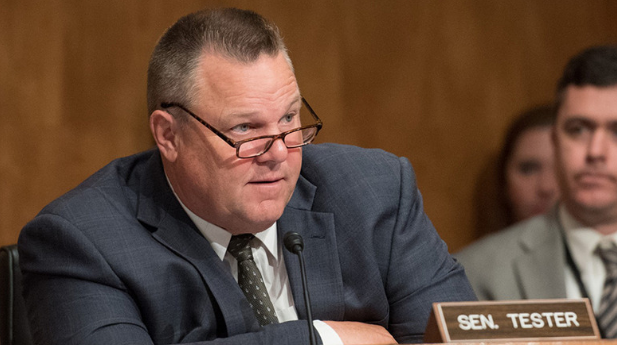 Washington, D.C. – Today, two pieces of legislation were successfully introduced and amended in both chambers of Congress in response to the recent announcement from the Department of Labor (DOL) and the Department of Agriculture (USDA) to transfer or close 25 Forest Service Civilian Conservation Centers (CCC) by September 2019. Both pieces of legislation prohibit the use of funds to carry out the proposed changes to the program and require that sole jurisdiction of the CCCs remain within the Secretary of Agriculture.

Senator Tester (D-MT) introduced standalone legislation that would prohibit the transfer of operations and closure of Civilian Conservation Centers for FY 2019 and 2020. The bipartisan bill, cosponsored by Senators Boozman (R-LA), Merkley (D-OR), Wyden (D-OR), Kaine (D-VA), Warner (D-VA), and Cantwell (D- WA), would also prevent an attempt by USDA and DOL to change the interagency agreement that drives center operations, stopping them from bypassing regulations in order to close centers faster.

U.S. Representative Dan Newhouse (R-WA) offered an amendment to Agriculture and Rural Development Appropriations bill. The amendment passed in committee by voice vote and would prohibit the use of any funds to go toward any center closures or transfers. Like the Tester-Boozman bill, it also prohibits any change to the interagency agreement to augment operational jurisdictions of the centers.

“The Civilian Conservation Centers have been providing critical job training in rural areas to disadvantaged young people since 1964,” stated Randy Erwin, national president of the National Federation of Federal
Employees. “The program prepares at-risk youth for employment and higher education while providing taxpayer-friendly critical resources to maintain our national forests and support fire and disaster response. The Trump administration’s decision to close these centers without warning equally baffles Democrats and Republicans, especially those from rural areas.”

In related news, Senator Daines (R-MT) recently announced that the Anaconda CCC in Anaconda, MT, will remain open after a conversation with President Trump about the center’s high-performance ranking, its successful wildland firefighter training school, and the impact on 250 students and nearly 100 local jobs.

“Everyone is thrilled to hear about Senator Daines’ success in getting the Anaconda CCC to remain open,” continued Erwin. “It is my hope that this same line of logic will keep the other 24 centers open. The administration has provided no reason for the closures; budgetary, political or otherwise. The Trump administration is running rogue on this one, and Republicans are not happy.”