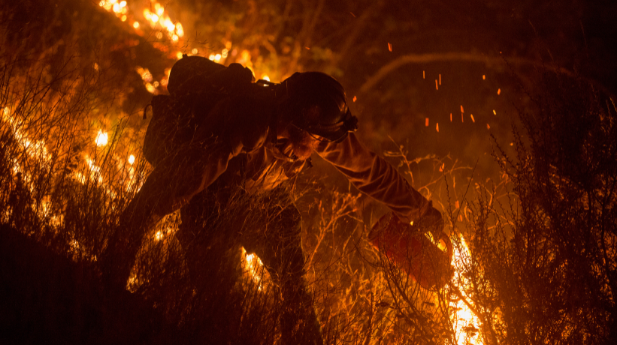 Washington, D.C. – Today, President Joe Biden held a briefing with the governors from Western states to address low salaries for federal wildland firefighters and the impact of the growing threat of wildfires across the nation.  The National Federation of Federal Employees (NFFE), a federal employee union representing thousands of wildland firefighters working under the U.S. Forest Service and Bureau of Land Management, applauded President Biden’s commitment to ensure that no federal firefighter will make less than $15 an hour this year. Additionally, the White House announced that full-time firefighters up to a GS-9 level will receive up to a 10 percent retention incentive, and temporary employees who continue this season will receive a $1000 Spot/Star Award this year. The Biden administration committed to working with Congress on longer-term goals, including compensation, benefits, and work-life balance reforms for federal wildland firefighters.

“NFFE and federal wildland firefighters across the country are grateful for President Biden’s leadership in addressing the issue of extremely low pay for one of the hardest jobs in public service,” said NFFE National President Randy Erwin. “Our wildland firefighters serve on the front lines of increasingly dangerous and lengthening fire seasons for months on end, far away from their families and homes, working and living in uncomfortable conditions to spare the lives and property of others.  They deserve so much more than they receive, and many of their personal stories are heartbreaking.”

The Biden Administration also affirmed that it will extend the hiring of temporary firefighters to ensure effective response throughout this year’s fire season. This will allow Department of Agriculture (USDA) and Department of Interior (DOI) wildland fire employees to work additional hours beyond their temporary terms. Further, the Administration understands that wildland firefighting is increasingly a year-round profession, announcing that it will permit the DOI to hire over 200 new full-time firefighters, in addition to converting almost 600 seasonal employees to permanent positions.

“As the fire seasons worsen year after year, it is reassuring to know that the President is dedicated to assisting our wildland firefighters by improving upon the poor pay, staffing, and workforce issues plaguing the federal fire service,” continued Erwin.  “President Biden has long been an incredible supporter of firefighters and other first responders.  Having his support means the world to us, and we look forward to continuing conversations on how to make long-term fixes to generate a modern, effective, and efficient wildland firefighting service.”